The first ever WWE Fist Fight, a title change, a hot fire promo, another hard hitting affair in the Buddy Murphy/Aleister Black saga, and a new ally in the Rollins A.O.P. Stable.

Let’s be honest, three hours on a Monday night is a long time. The College Football National Championship is tonight (go Tiger mascot team!) for me — tomorrow for you guys (and maybe a gal). Who has the time to commit to a full episode? Me, apparently – so let me tell you the segments worth watching, the ones to smash that fast forward button on, and where Monday Night RAW goes from here.

‘Tis the season to throw people over the top rope regardless of the outcome of the match. How else would we know it’s Royal Rumble season? Besides every wrestler bringing it up, the commentary team mentioning it 367 times, it being displayed on the massive screens inside the venue, and an ad for it each commercial break obviously.

The episode had several high points including: a great Brock Lesnar segment, an incredible Becky Lynch promo, a couple fun matches with the Fist Fight and the opening triple threat, and the cherry on top of Murphy vs Black. I was tempted to make this whole story about the match until things changed in the main event. The Murphy character was finally given a bit more depth after the match (which he loses) by sitting dejected and broken at ring side until the end of the night. That is until he helps Seth Rollins and the A.O.P. win the main event, becoming the fourth member of their stable.

This was my favourite moment of the show in a solid night of wrestling. After a third consecutive defeat to Black, I was worried Murphy would slip back into the bottom of the card with the rest of the 205 live cast offs. The addition to Rollins stable should do wonders for Murphy who is marvelous in the ring, but hasn’t been able to display his character to the main roster audience. The Messiah stable will be great for a heel Rollins going into Royal Rumble.

It’s tin foil hat time, but if Rollins were to mirror CM Punk’s Sermon on the Mount performance of 2010 with the help of his new goons, it could make for an excellent storyline for Rumble. Plus, if CM Punk were to return to finally eliminate Rollins with the built-in feud that already started on social media…

But enough fantasy, back to the reality of Monday night. 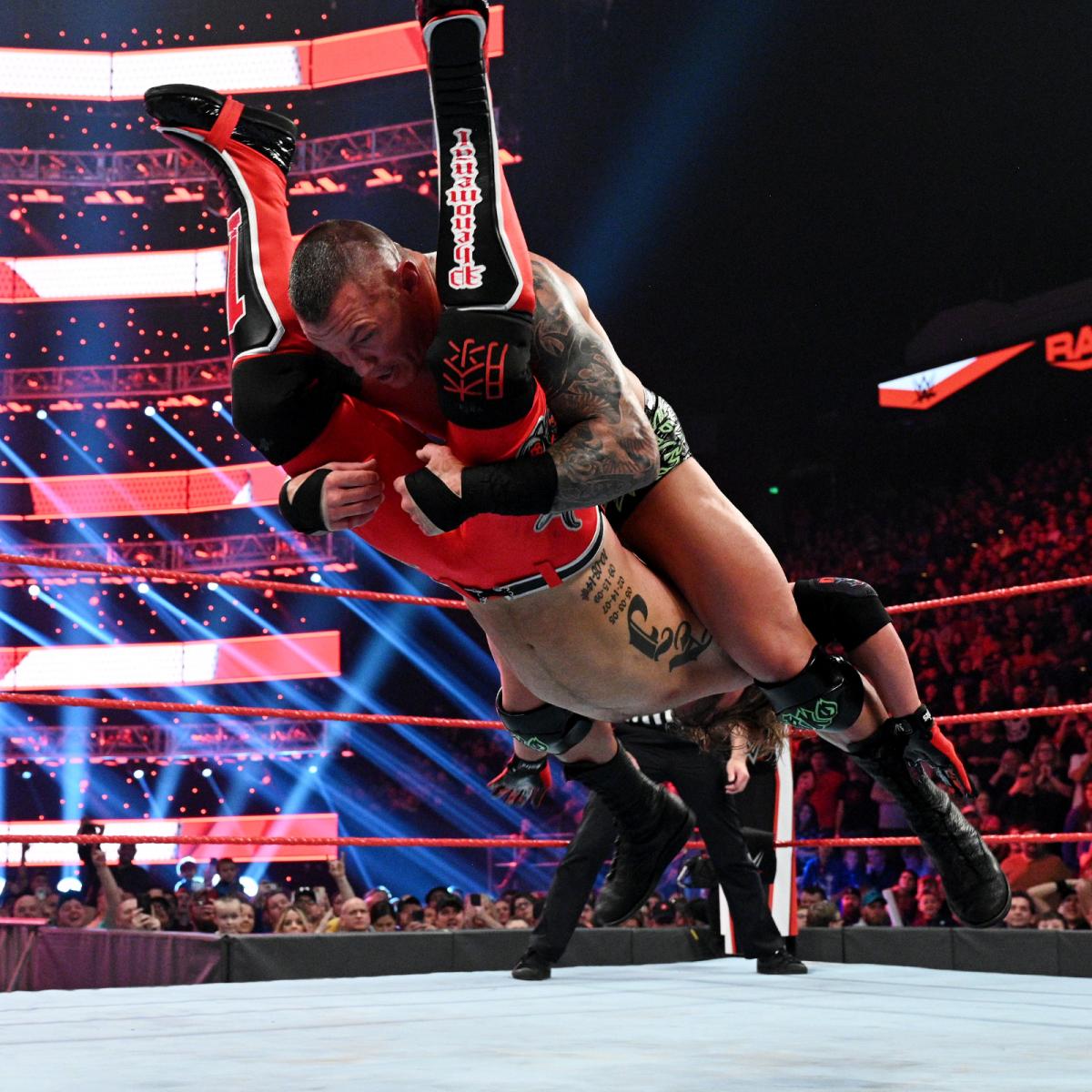 Watch it. While the feud is essentially just a dick measuring contest between Orton and Styles, which MacIntyre decided to flop his way into, these guys actually have decent in-ring chemistry together. There was some solid action including a Styles Clash by Randy Orton. MacIntyre picks up the telegraphed win with the Claymore on Orton, covering an RKO’d Styles for the three count.

Pass… unless you miss seeing Ricochet in a WWE ring. Mojo has gotten rid of the weird blue paint on his face which we never got an explanation for. Also, his Cleveland Cavaliers coloured ring attire makes him look like an angry Kevin Love, if that’s your thing.

Pass. Much like a 2am Tinder date, this was short, sloppy, but surprisingly stiff. Sarah Logan has reinvented her into what appears to be Sonya Blade, but it didn’t stop her from getting her ass handed to her by Charlotte Flair. Logan’s defeated, lower card body was tossed over the top rope after the match because the Royal Rumble, duh. 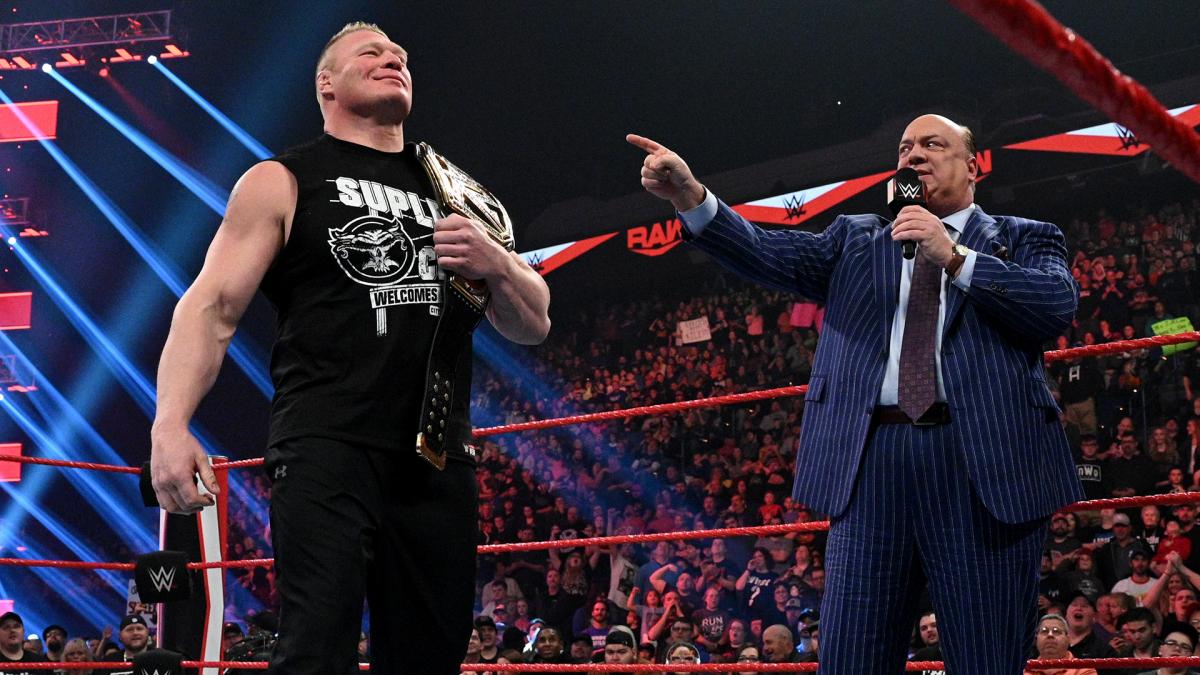 Watch, for the love of god please watch. Paul Heyman is a heat magnet and although I can find his schtick a little tiring, he was able to rile the men, women, and whatever else lives in Kentucky up into a mark-ish fervour. Without spoiling it, R-Truth is a national treasure and should be protected at all costs. However, after his excellent performance, he loses his 24/7 championship after the segment to Mojo Rawley of all people.

You’ve committed to this storyline so far, so you may as well watch. If you like shitty promos and glorious bosoms, this segment is for you! But, enough about Bobby Lashley. This match was a slow burn, with a frantic and frenetic finish. Rusev is one of the few wrestlers who can “hulk” up in the middle of the match and I don’t immediately roll my eyes. Add a little Liv Morgan involvement and you ended up with a decent bit of fun.

Viking Raiders vs The Singh Bros

Hard pass. Another squash that does nothing for either tag team. It’s the RAW special!

Must watch. I know this is hard to believe, but during the contract signing things sort of got out of hand. Retract those jaws and let me tell you how. Kairi Sane (remember her) escorts Asuka to the ring. The contracts are signed and Asuka spits the green mist into Lynch’s face. Becky Lynch must have known it was Oscar season, because goddamn did she ever cut an amazing promo. The entire arena was silent as she delivered her visceral fighting manifesto straight though the camera and into your living room.

Side bar: Asuka is so damn cool that it almost literally pains me to see the Kabuki Warriors as heels because they don’t speak English. The people doing the “what” chants when Asuka speaks Japanese can go kick rocks. 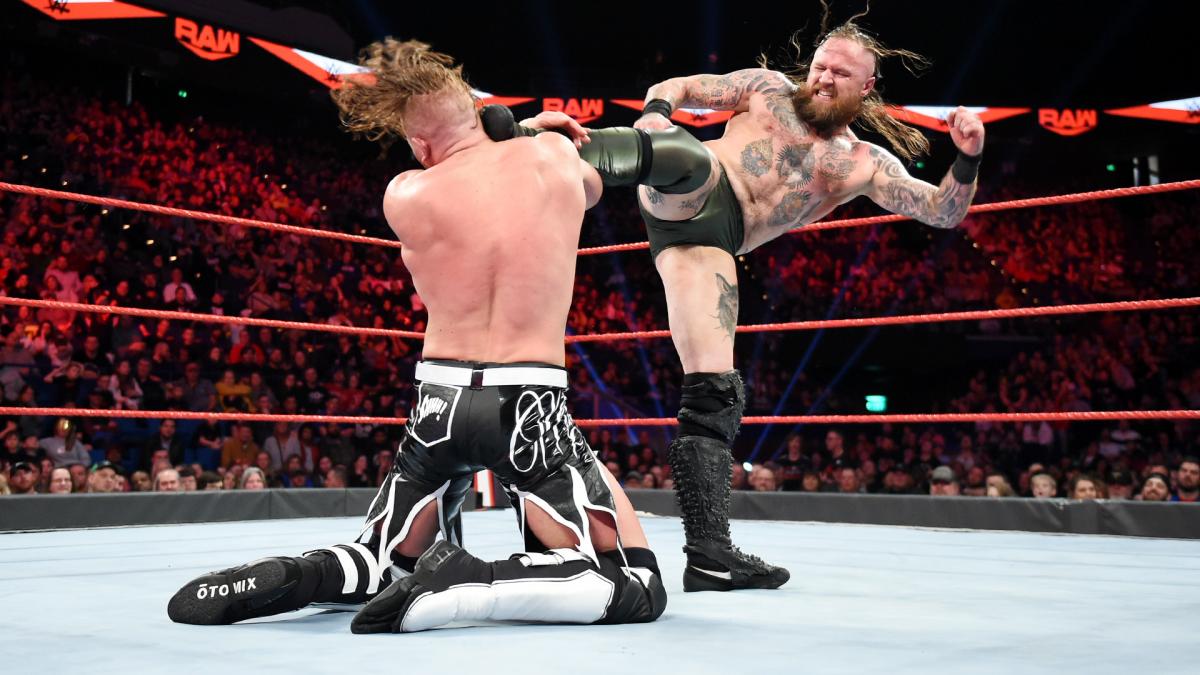 Do I really have to tell you to watch this one? Hard hitting, vicious, strike-filled. If you were sitting ringside, you got your money’s worth for this match alone. Aleister Black almost kicked Murphy through a child in the front row. These are the kind of matches Murphy needs to keep having so he doesn’t fall by the wayside. Who knew accidently getting involved in the “who killed Roman Reigns” storyline would be the best thing for his career. The only downside to this match is this has to be a definitive end to the feud, with Black picking up a 3rd straight win. My hope going forward was that Murphy would eliminate Black from the Rumble as an easy way to have these guys tear the house down again without sacrificing the momentum WWE is seemingly building for Black. However, the events later in the night have changed my thought process.

Pass. Rowan gets bit by whatever is in the cage. Still wins.

Rollins and A.O.P. vs Kevin Owens, Samoa Joe, and Big Show in a Fist Fight.

Watch. A spotfest featuring some inventive stuff — whether it was Kevin Owens running up the Raw jumbotron like a halfpipe to take out A.O.P. or Samoa Joe with a diving senton off the stage to put one of A.O.P. through a table, this was just a good, fun match. Things got incredibly interesting as Seth Rollins shouted at the still ringside Murphy for help. An eventual low blow to Big Show later, and you have a fourth member to the Messiah of Monday night RAW’s stable. The members hug and that’s the end of Monday night RAW.

Injury update: Mantha out for another month, possibly the season

Hell yes, Larry Walker is a finally a Hall of Famer