Please tell me you’ve all been watching NWA Powerrr? Yes, the Jim Cornette incident was awful, stupid, and just down-right depressing. But, that shouldn’t overshadow the great work that the men and women of the National Wrestling Alliance have been putting in. This Saturday, they hold their first PPV since the launch of Powerrr.

Here’s a breakdown of the card. 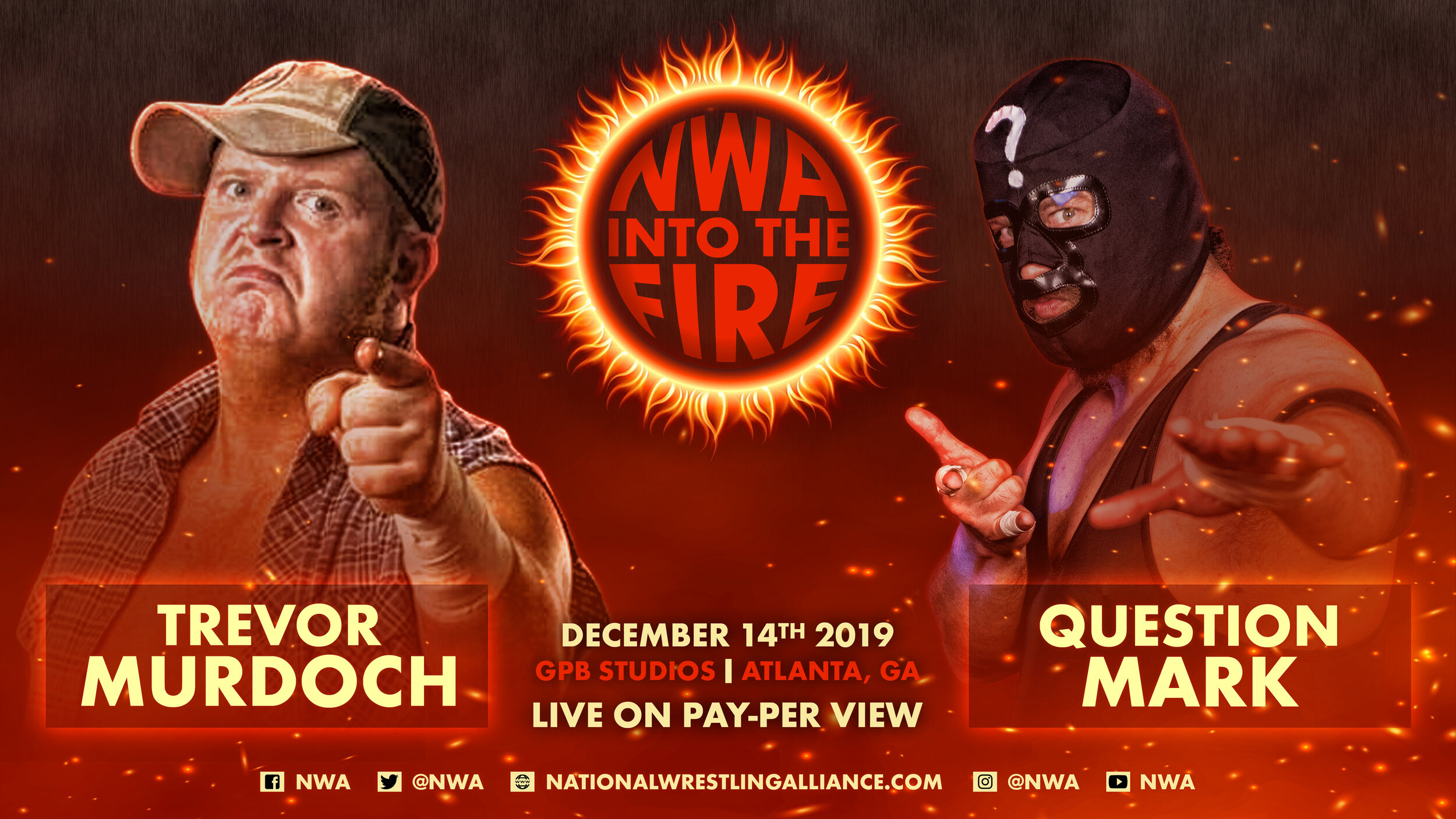 Trevor Murdoch, by no fault of his own, was the subject of the Jim Cornette incident that lead to his dismissal. That being said, I doubt that’ll factor into the finish here. Question Mark has been one of the more unexpected pops at GPB Studios over the course of season one of Powerrr; he’s hot with the crowd right now, has an interesting alliance with Aron Stevens, so this should go his way. Murdoch’s a good veteran hand, and will put in good work to put Question Mark over. 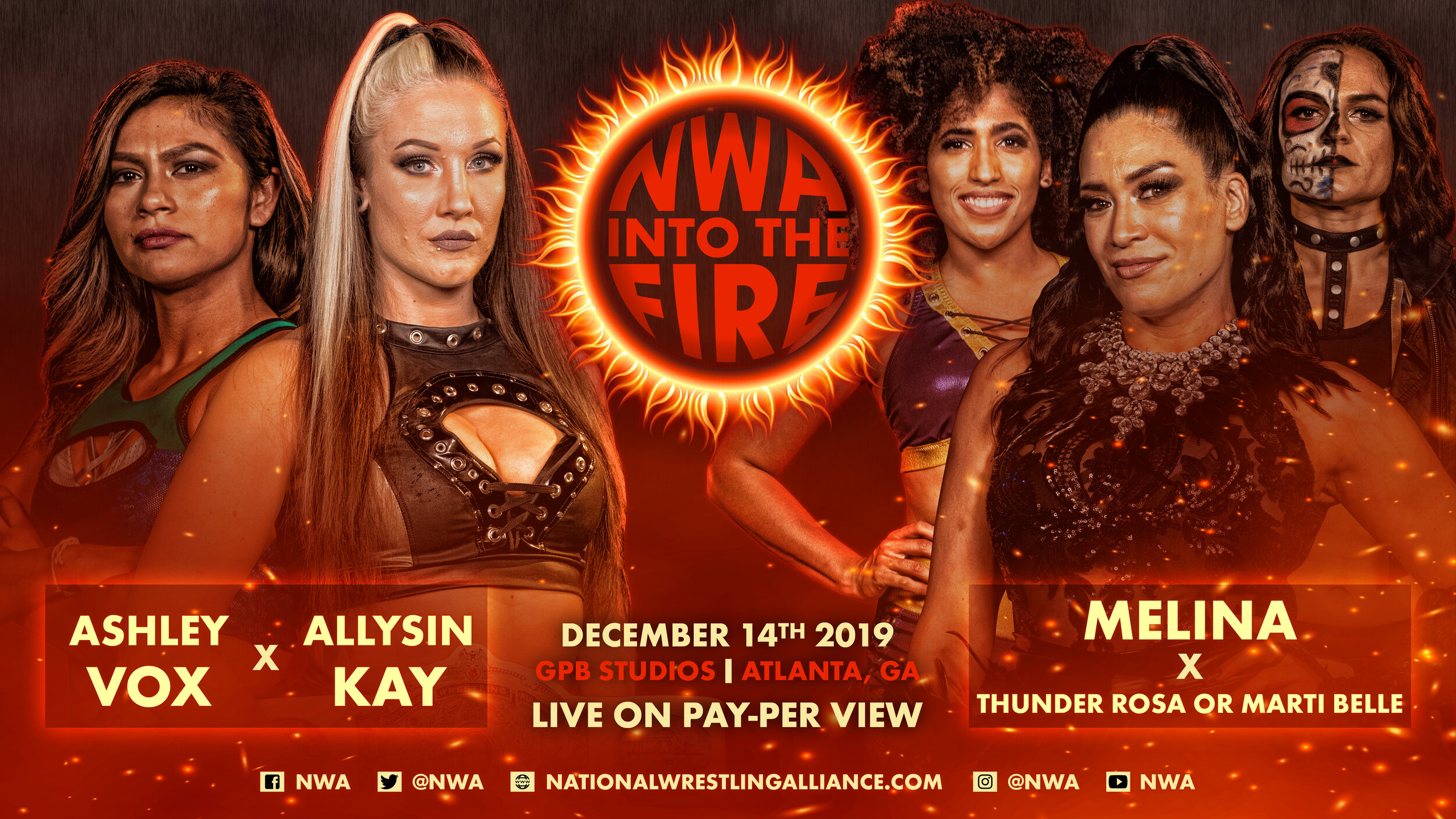 There’s an argument to be made that there isn’t any wrestler more compelling right now in NWA than Thunder Rosa; she has a unique look, has a high work rate, and also wrestles with a sinister heel edge. The Marti Belle turn was good, but there wasn’t a tonne of emotional investment to new NWA viewers to really have her turn pay off; adding Melina to the mix as a veteran leader of the stable is a good touch. This match, to me, is all about putting the heels in position to take the Women’s Championship from Allysin Kay– they keep hinting at Melina, but it should be Thunder Rosa– so they’ll take this win, likely with some nefarious tactics. 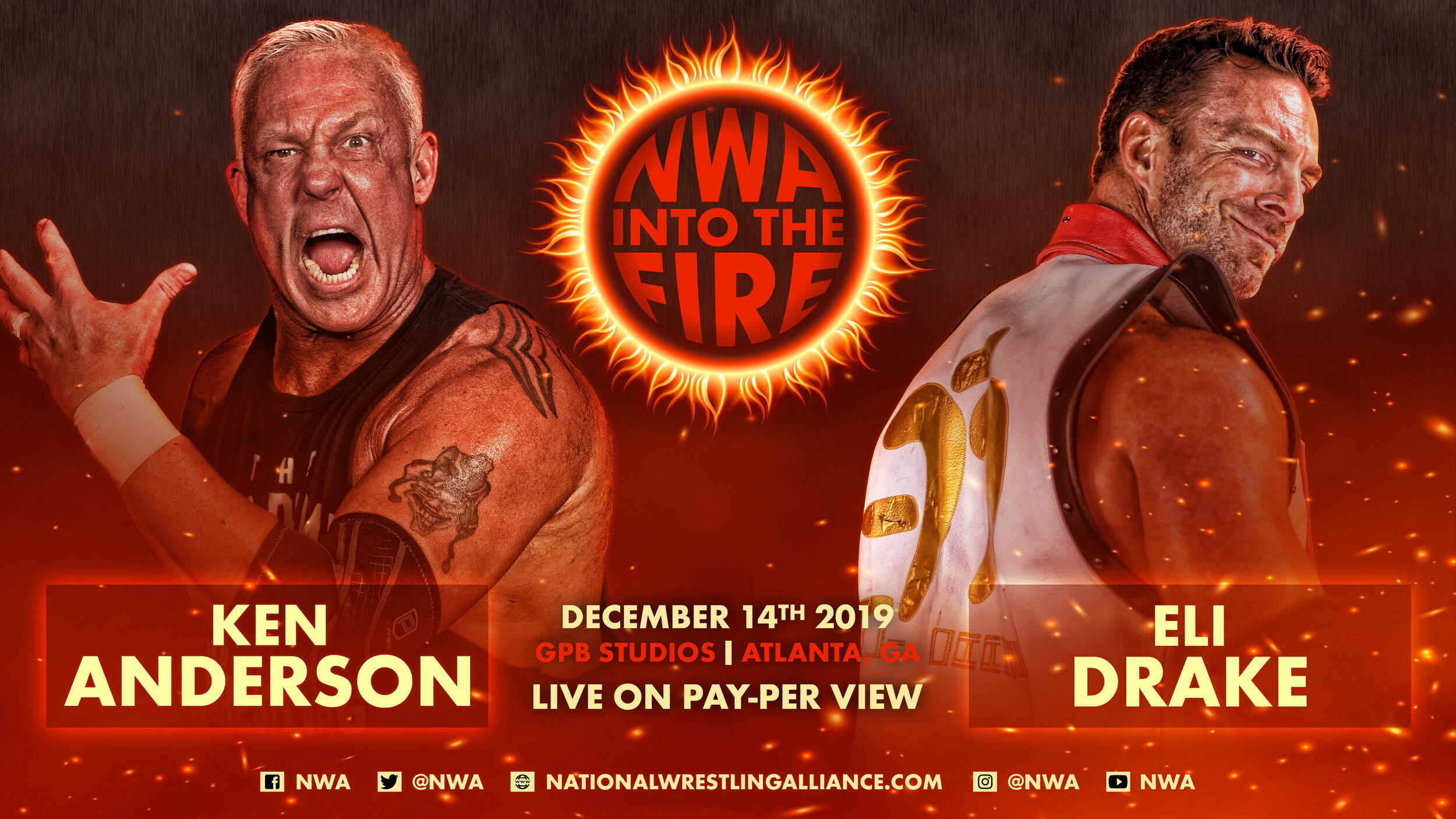 Eli Drake might be one of the best wrestlers on the NWA roster. Granted, it isn’t the deepest bench in pro wrestling, but Drake stands out with a good look, unbelievable mic work, and a charisma that transcends the ring. Ken Anderson falls under the standard of “solid veteran worker.” This will be a good match, but these two are made to go at each other through promos. Drake’s gotta go over, here. He just seems like the guy who could be next in line for a Worlds title match. 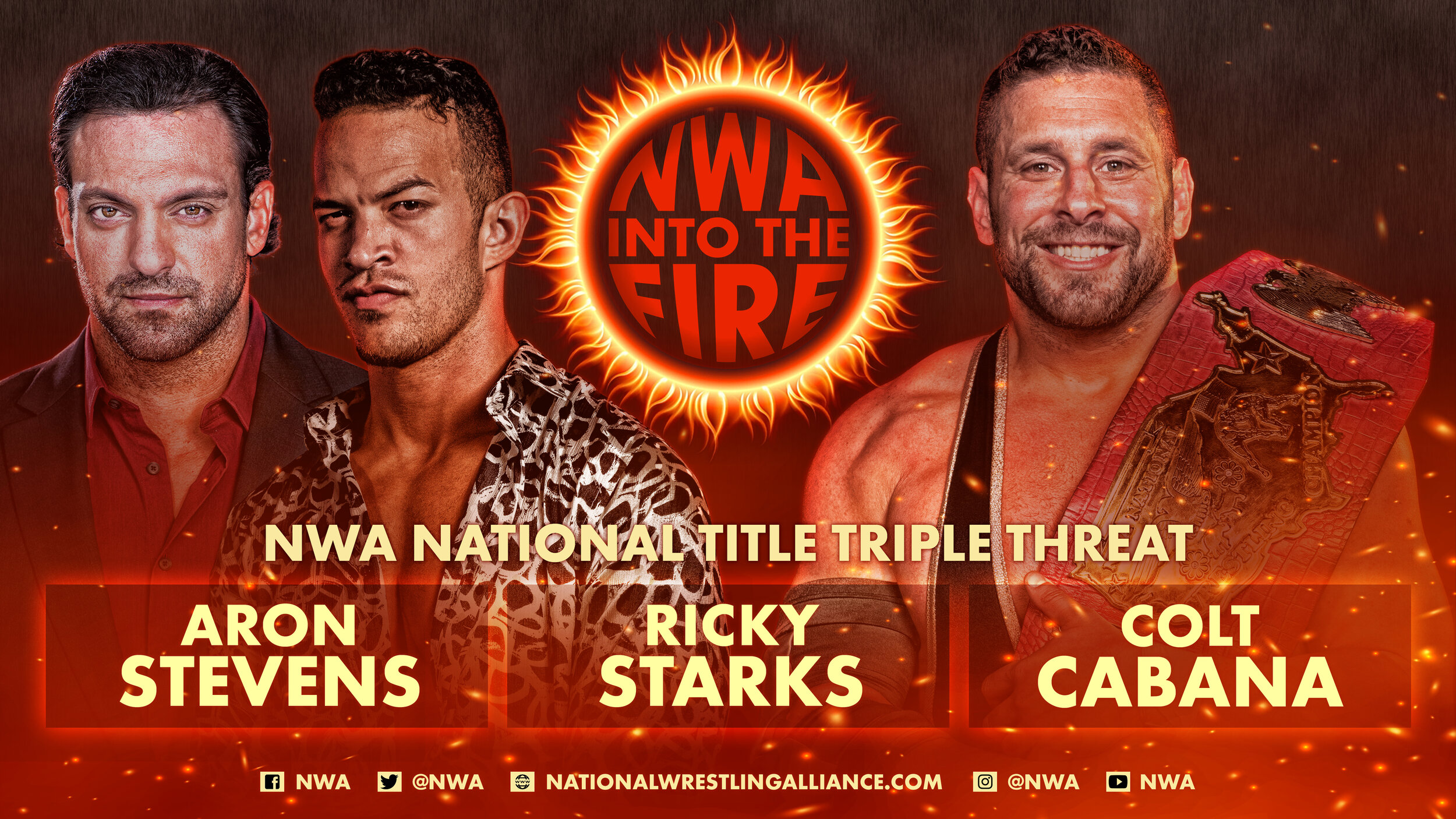 I have to just get this out of the way: Ricky Starks is everything that Sammy Guevara thinks he is and wants to be. This kid has the cocky, talented, young lion thing down perfectly; he’s smooth on the mic, has The Rock-like catchphrases already, and looks good in the ring. That being said, Stevens has been building incredible heat up until this point, having the live crowd eating out of the palm of his hand as he cuts some of the funniest promos that wrestling has seen in awhile. This is also a place to point out that the studio set up of Powerrr offers the wrestlers a unique promo opportunity than Monday Night Raw, Friday Night SmackDown, Wednesday Night Dynamite, or even NXT do. The direct interaction with crowd really exposes a wrestler’s ability to deal with heckling and distractions. Stevens has been incredible handling this without missing a stride, and his ring gear has only built his heat more. For Stevens not to win this, would be a waste. Also, I don’t get the Colt Cabana thing. He’s pretty whatever. 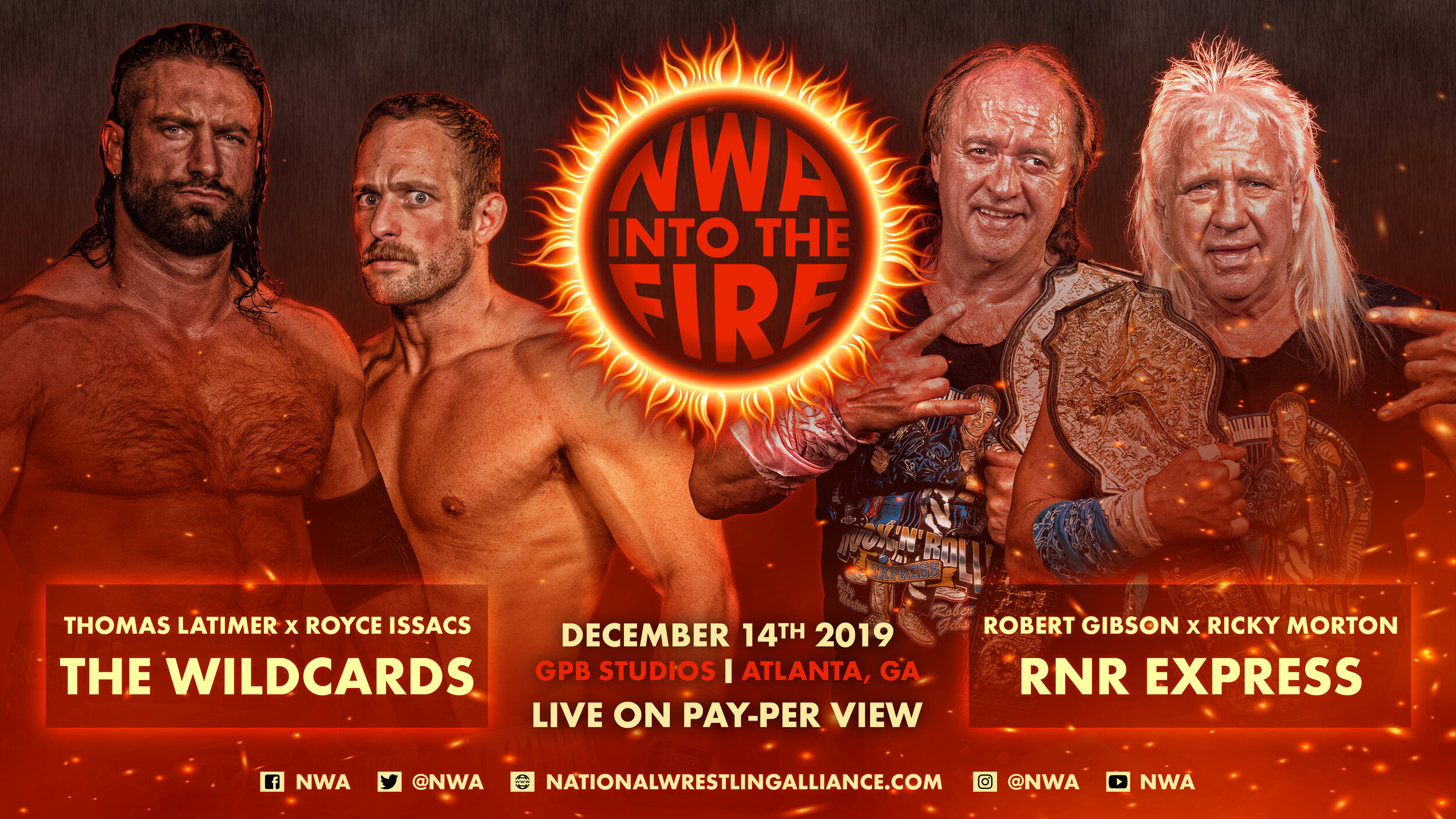 Hmm. This one’s actually pretty tough to call. Was the RNR Express victory booked for simply a nostalgic pop, or is there a longterm booking arc here? It’s hard to say, but considering the age of Robert Gibson and Ricky Morton it’s hard to imagine that it wasn’t anything more than a bit of a cheap pop. Which is fine! Wrestling is nothing if not occasionally– okay, maybe more than occasionally– reaching into the past to get a good crowd reaction. Plus, The Wildcards only benefit from getting the rub from the legends and getting the heat for beating them. 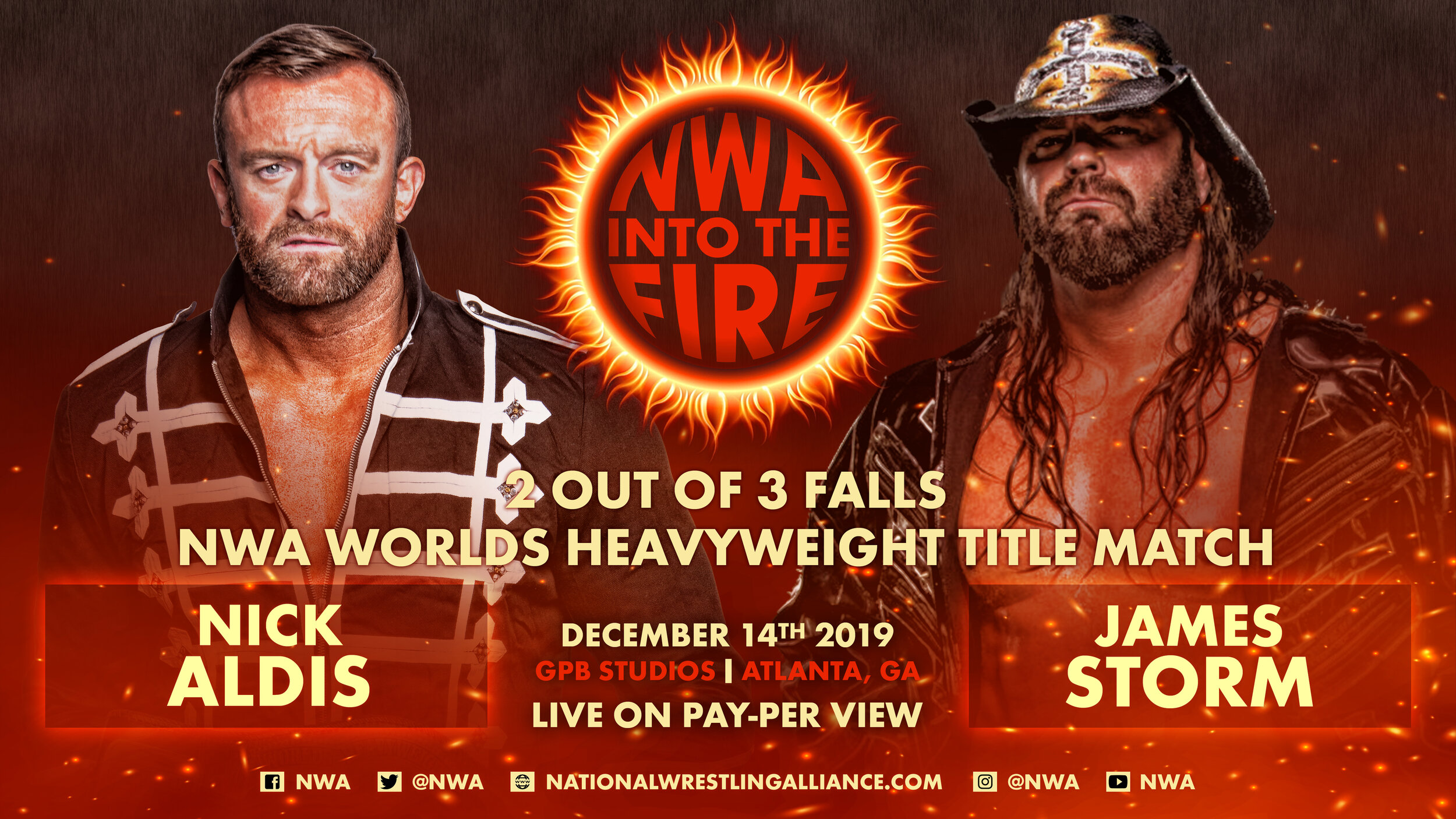 Well, NWA certainly gets points for taking a well-used gimmick and putting a different spin on it, with the wrestlers choosing the referee for their respective falls: James Storm choosing Brian Hebner for the first fall, Nick Aldis choosing Tim Storm for the second fall, while the the third fall’s ref will be chosen by a coin flip. It’s an interesting spin, where undoubtedly the refs will factor into the finish. Not to mention that Kamille will certainly be involved in the finish, as well. What was it that she whispered to Storm? Is she going to make a turn and cost Aldis the title? Is there a chance that NWA books all three title matches to have the champions drop them? It’s hard to think so, but it also seems that this match is being gimmicked to give Storm the dirty finish victory. It seems unlikely, and I also see an angle with Eli Drake coming next, so against my better judgment, I’ll say Aldis retains.

NWA’s Into The Fire is live this Saturday 14 December at 6:05 pm EST, available on fite.tv!

Connor McDavid’s knee injury was worse than we ever thought

Daily Duce: Updates from WinterFest… Grichuk and Giles on the Astros, Vlad’s off-season work, the pursuit of infielders, and more!